The Douro Valley is one of Portugal’s most beautiful wine regions – a fact known to the Flemish Roland Heelen when he first settled here in the 1980s. His moving here marked the beginning of a great wine-growing adventure, and Portal d’Azenha has now grown to become one of the valley’s highest- quality wineries. And it is not without a certain pride that Roland Heelen refers to himself as the only Belgian making port wine. Portal d’Azenha now has a firm place on Portugal’s wine map. Yet it was quite by chance that Roland Heelen ended up in Portugal. ‘I was working as head of purchasing for a large beverage company and they sent me to Portugal to work there in the 1980s. I soon met up with a few Portuguese enthusiasts and started making port wine with one of them, just for fun.

Slowly but surely I grew to love the country, its cheerful and hospitable people, the mild climate. “I started out with a two-hectare vineyard, basically just for pleasure. Every year we expanded a bit, until Portal d’Azenha grew to 60 hectares, its current size.”

The Portal d’Azenha wines come from the Douro Valley, an 80 kilometre long and 45 kilometre wide region surrounding the River Douro. The valley is one of Portugal’s most beautiful regions – and not by chance a Unesco World Heritage site. The high slate content of the soil makes it possible to produce fantastic mineral wines in the Douro Valley. Though production volumes are low on account of the relatively poor soil, this is offset by the quality of the grapes.

The stony soil has one big advantage: in daytime the stones store the heat, meaning that the soil does not cool out too much at night and the temperature remains fairly constant. 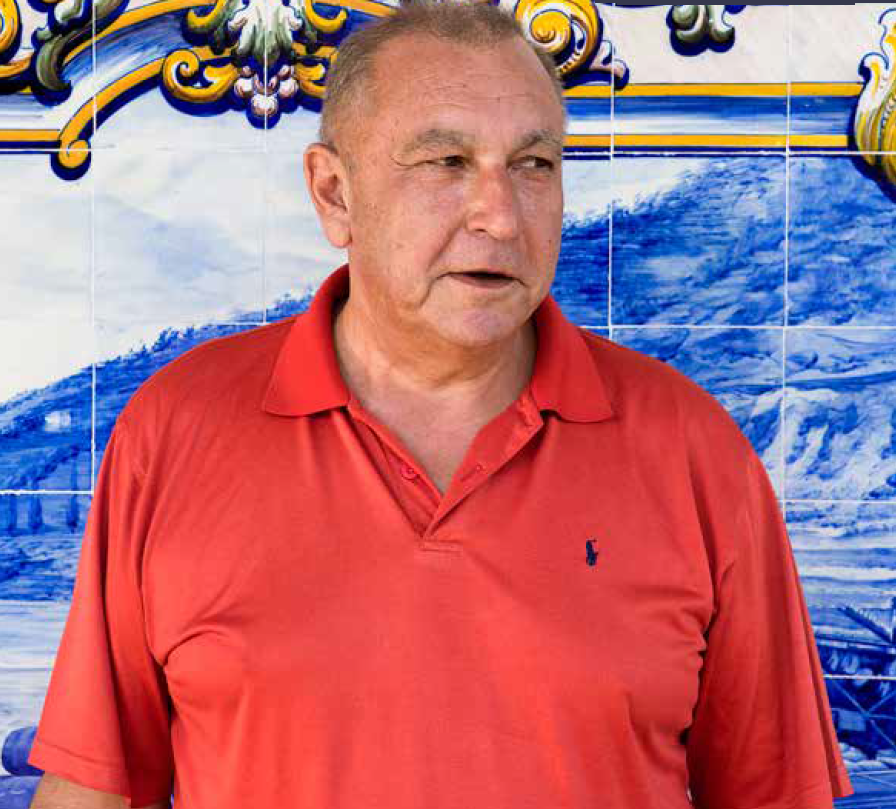 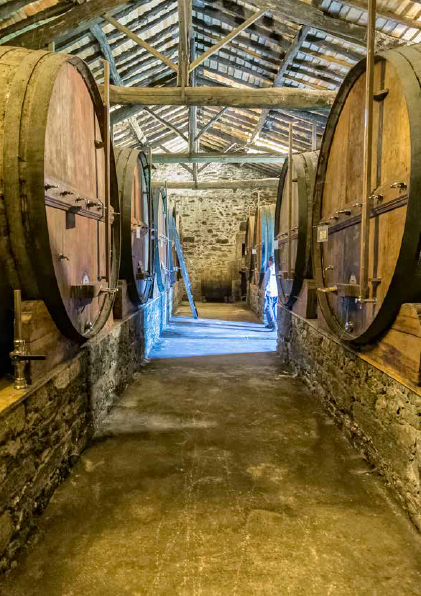 Roland Heelen likes to compare ‘his’ terroir with that of Burgundy in France, a region renowned for its favourable soil. ‘Proof of this comes from the fact that, at blind tastings featuring the best Burgundy white wines, Portal d’Azenha wines do exceptionally well time and time again.’ Alongside the good terroir, the vineyards lining the sides of the Douro Valley enjoy an outstanding location.

The best vineyards are the higher ones, benefiting from the mild sea climate. The wind can circulate freely for most of the year, providing good ventilation for the vines. Mould and other diseases are thus virtually unknown. ‘We hardly have to spray at all, meaning that we basically run the vineyard organically.’ Lining the banks of the Douro, the vineyards enjoy abundant sunlight the whole day.

Finally, the terraced, often high and steep vineyards only allow manual harvesting. This means that a selection of the grapes can already be done in the vineyard, again benefiting quality. All grapes picked by hand at Portal d’Azenha are collected in small 20 kg boxes. These are top-quality grapes that have benefited the whole year long from the best that the region can offer. Robert Heelen has known for long that the Douro Valley has everything needed to produce a superior quality wine.

Douro Valley wines are currently sold under the label ‘Denominação the Origem Controlada’, or what could be called the ‘Appellation Douro’. 8

A WIDE VARIETY OF GRAPES

Portal d’Azenha is synonymous with wines bearing the label Reserva and Grande Reserva. In addition there is also the DOC white wine and rosé. Most Douro wines are made from different cépages, making the choice particularly large. ‘Portugal has a large selection – more than sixty – of good-tasting native grape varieties. Why should we go looking elsewhere when we have so many to choose from on our doorstep?’ Even in a plot planted with just one particular variety there can be differences in taste and ripeness. The sides of the Douro Valley are particularly steep, meaning that there are often great differences of altitude within vineyards. In the higher plots, it is somewhat cooler, while in the lower plots, closer to the river, the average temperature is often somewhat higher. ‘This provides diversity in the vineyard and in the qualityof the grapes. And it’s this diversity which makes wine-making so much more exciting.’ The different cépages are harvested separately at Portal d’Azenha. They are also stored separately before being vinified and blended. Each variety has its own character, its own taste and its own ripening point. ‘Separate vinification is the best guarantee for a top wine. Our aim is to be able to taste the authenticity and character of an individual cépage in the glass.’ Even the choice of the wooden barrels is made on the basis of the grape variety. While Portal d’Azenha ages solely in French barrels, these can come from different places in France and be made by different tonneliers.

Portal d’Azenha is known not just for its white and red wine, but also for its port wine. To make it, Roland Heelen is helped by another Portuguese expert: Miguel Braga, the owner of Quinta do Mourão where Roland makes his port wine. Port remains one of the Douro Valley’s main export products, and some 38,000 hectares of vineyards are devoted to the production of port (compared to the 45,000 hectares used for making red and white wine). The Douro Valley is today the home of about one hundred port producers. Roland has reason to be proud, being the world’s only Belgian port maker. He allows us to taste a 100 year-old port, tapped from one of the large oak barrels, in which port wine spends many years ‘maturing’ at a constant temperature, producing a complex, perfectly-balanced port wine. ‘When making port wine, it is very important to get the right balance. A good tawny port should have the right balance between sweet, sour and alcohol. 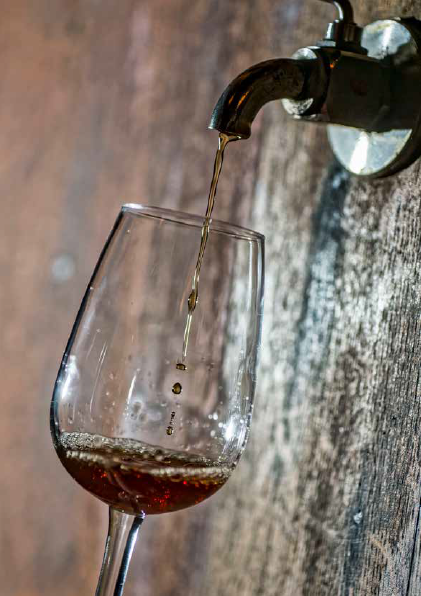 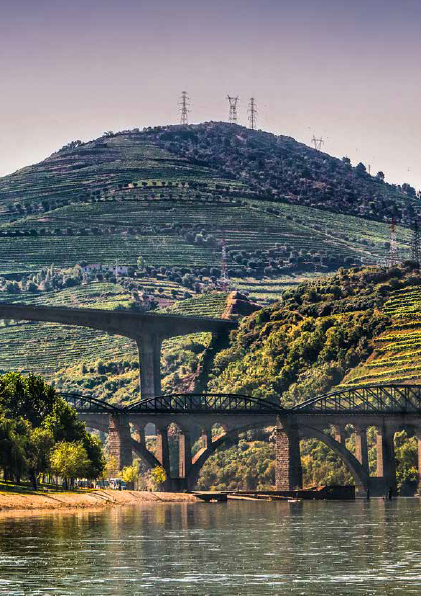 Despite everything, the Douro Valley remains a lesser-known wine region, and just ten years ago it was practically off the map. But things have changed greatly since then, and the region has become a lot more accessible due inter alia to a lot of road improvements.

But also because more and more connoisseurs are beginning to appreciate the quality of the wines made here. You often forget that wine has been produced here for at least two thousand years. And on top of that, the Douro Valley was the world’s first officially recognized wine-producing region. In 1757 the Marquis de Pombal decreed that the Douro Valley vineyards were to be demarcated by solid granite piles on the ground, thereby creating the world’s first controlled production region in 1758. He also set down the first production rules for the Região Demarcada de Douro. But this was no immediate guarantee that the name would gain quick recognition abroad. In fact the whole wine-making business was in the exclusive hands of the English for a long time, with old English noble families buying up the majority of vineyards two hundred years ago. It wasn’t until 1982 that the region was able to free itself from this monopoly. Nevertheless, a lot still reminds us of that time, with 70% of today’s production still in English hands. This didn’t make it easier for a (modest) Flemish winegrower – Roland Heelen – to gain a foothold here. ‘You can just imagine the eyebrows raised when a Fleming succeeded in producing good products … In that sense I sympathize with the native Portuguese who over the years were always eclipsed by the English. I’ve always sided with the Portuguese, and that’s the way things are going to stay.’

These days, Portuguese wines are far from being eclipsed, as seen in the list of the world’s best wines published in the Wine Spectator in late 2014: three of the four wines topping the list came from Portugal, and more specifically from the Douro Valley!

In his winery, Roland Heelen is surrounded by experts. These include Jean-Claude Cretu, a French-Portuguese oenologist who has been working for Roland for years; Eric Nurmi, a Californian oenologist who has also been associated with Portal d’Azenha for several years, and José Alves, a Portuguese oenologist and winemaker with whom Roland now cooperates. José is the owner of Quinta da Rede, where not only the grapes from his own vineyards are pressed, but also the best ones from the Portal d’Azenha harvest.

Roland Heelen is the manager of Portal d’Azenha, but all the work in the winery is subcontracted. Teamwork is key to top quality, but also makes economic sense. ‘Through resorting to subcontractors, I save money and can remain competitive. Totalling 60 hectares in size, some of the vineyards are owned by Roland, others leased. Despite being relatively young, Portal d’Azenha can already look back on a great past as a winery. ‘For me, making money is not the main thing. It’s the passion that counts.’

There is currently a question mark over the winery’s future. Roland Heelen has two grown-up sons, but they are at present not interested in following in their father’s footsteps. But whatever happens, with a person like Roland Heelen at the helm, the future of Portal d’Azenha is guaranteed. His ambitions? ‘To make sure that Portal d’Azenha ends up in good hands. And to spend more time playing golf or cooking, things that I love doing.’ 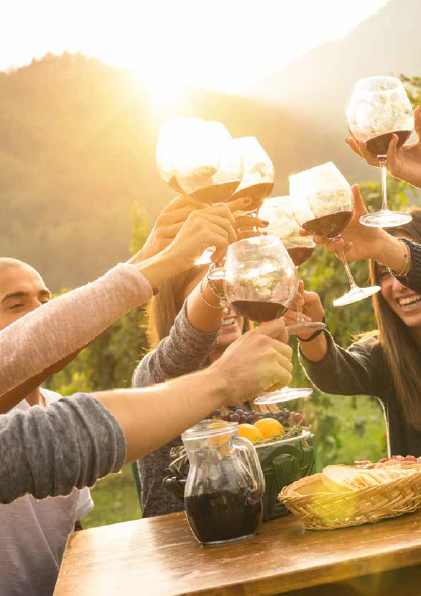